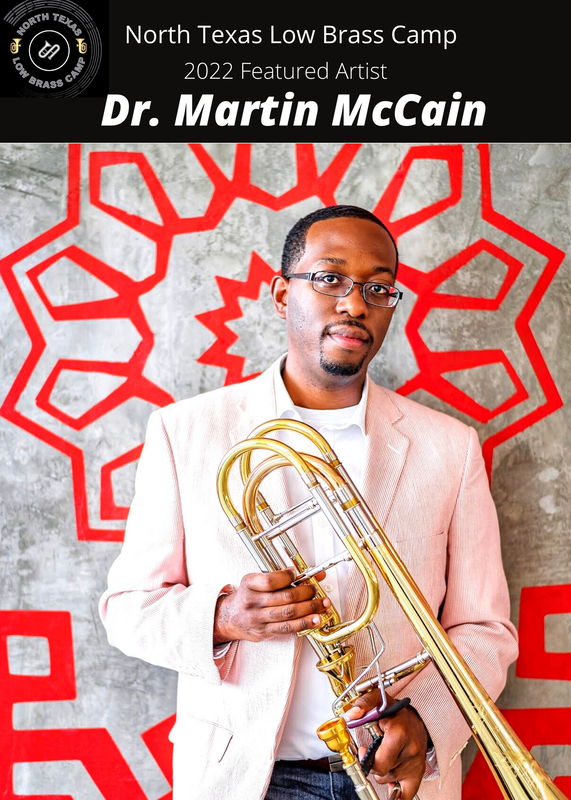 Bass trombonist Martin McCain’s career spans an impressive range of musical genres. He is a four-time winner of the Global Music Awards and was featured as their “Emerging Artist” in Billboard magazine. A third-generation musician, Martin maintains a versatile performance schedule as a soloist, recording artist, chamber, orchestral, jazz/commercial musician and educator. With performances described as "solid and masterful," (International Trombone Association Journal) with a “warm and beautiful,” tone (Glissando Magazine).
McCain’s international recital credits include concerts at the Yong Siew Toh Conservatory (Singapore), Mahidol University in (Thailand), the Zagreb Academy of Music in (Croatia), and the Hong Kong Academy for Performing Arts. His performances and arrangements have been broadcast on CKWR Toronto, Radio Television Hong Kong, and NPR's "Performance Today."

As a soloist, Martin has performed with the Croatian Army Wind Band, United States Army Concert Band "Pershing's Own" and the United States Army Brass Quintet. He is a prizewinner in multiple competitions including the International Trombone Association's Donald Yaxley Solo Bass Trombone Competition, the Kai Winding Jazz Trombone Ensemble Competition, in addition to the American Trombone Workshop's National Bass Trombone Solo Competition and Jazz Trombone Ensemble Competition.
As a recording artist, Martin has released three solo CDs, Trombone Czar: Russian Treasures Recorded Live! (2012), Shades (2014) and Trombone Czar: The Extended Version (2015). He can be heard on Summit Records, Naxos and numerous film and video game soundtracks. As an orchestral musician, McCain is a member of the IRIS Orchestra and regularly performs with the Malaysian Philharmonic Orchestra, the San Antonio Symphony, and the Memphis Symphony Orchestra. He has also performed with the Utah Symphony Orchestra, and the Houston Symphony Orchestra.
McCain is the leader of the award-winning jazz trombone ensemble, JazzBonez and a member of the Rodney Marsalis Philadelphia Big Brass. Martin regularly performs with his wife, pianist Artina McCain as the McCain Duo. As a jazz/commercial musician, he has performed with the Tommy Dorsey Orchestra, Frank Sinatra Jr. Orchestra, Memphis Jazz Orchestra and several Broadway touring shows including Hello Dolly, the Lion King, Wicked, the Color Purple, and Motown.

Martin is an Artist/Teacher of Trombone and the youngest faculty member to hold the rank of full professor at Texas State University. He held similar positions at Henderson State University and Huston-Tillotson University. Dr. McCain’s students have also been extremely successful in solo and ensemble competitions including those hosted by the International Trombone Association, the American Trombone Workshop, and the Big 12 Trombone Conference and are regular winners of the Texas State University concerto competition. In recognition of his teaching, Martin received the College Achievement Award in Teaching and the Presidential Distinction Award for Excellence in Teaching. His students have been accepted into some of the nation's most prestigious graduate programs such as the Juilliard School, Eastman School of Music, Yale University, Northwestern University, Manhattan School of Music and the Cincinnati Conservatory of Music. In addition to his duties at Texas State, Martin has spent summers on the faculty of the Austin Chamber Music Festival, the Interharmony International Music Festival (Italy), the PRIZM International Chamber Music Festival, the SliderAsia Music Festival (Hong Kong) and the English Brass Academy (Croatia).

Martin McCain is a performing artist for S.E. Shires, Reunion Blues Gig Bags and plays on the "McCain" signature mouthpiece series manufactured by Pickett Brass. In his spare time, Martin is an avid BBQ pitmaster and sports enthusiast.


This biography is to be produced without any changes, omissions or additions unless particularly authorized by the artist's management. Various bios can be downloaded on the EPK page. 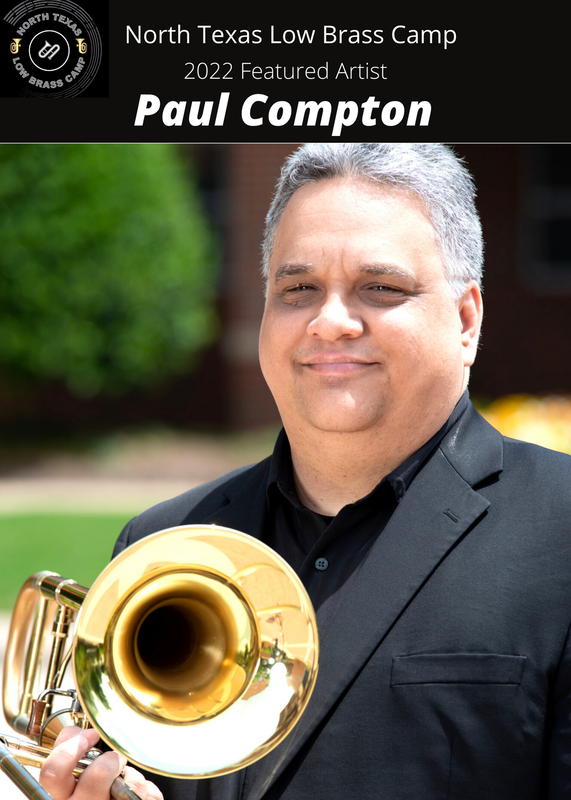 OSU Greenwood School of Music Associate Professor of Trombone, Paul Compton, joined the faculty in 2003. Paul is and an artist for Edwards Trombones and Griego Mouthpieces, and a faculty member for the Georgia Trombone Summit. Since 2012, Paul has been an artist for the Trombonanza Festival in Santa Fe, Argentina five times, and he was also an artist for the 2020 Tourbon Festival in Santiago, Chile. Paul has appeared as soloist with the United States Army Band “Pershing’s Own”, Santa Fe (Argentina) Symphony Orchestra, Santa Fe (Argentina) Municipal Band, Camerata Eleutheria Chamber Orchestra, Oklahoma State University Wind Ensemble, and Oklahoma State University Symphony Orchestra. Paul has premiered numerous compositions for trombone, including works by composers Joseph T. Spaniola, James Kazik, John Cheetham, and Michael Schneider. Paul is a recipient of the OSU Friends of Music Distinguished Music Professor Award, OSU Regents Distinguished Teaching Award, and the OSU College of Arts and Sciences Wise-Diggs-Berry Award for Teaching Excellence in the Arts. 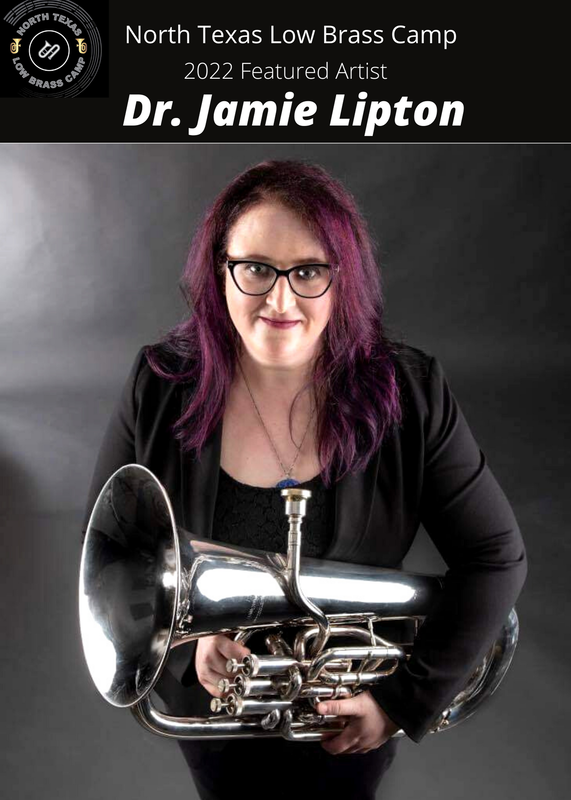 Dr. Jamie Lipton is the Associate Professor of Low Brass at Henderson State University in Arkadelphia, Arkansas. As a Willson performing artist, Dr. Lipton has performed throughout the United States and all over the world, most recently in João Pessoa, Brazil. She is a past winner of the ITEC Euphonium Artist and Falcone Euphonium Artist competitions, and now serves on the board of the Falcone Festival. Dr. Lipton has been on faculty at many of the leading American brass workshops and frequently appears as a clinician and adjudicator. Currently, she is a board member and principal euphonium of the Natural State Brass Band in Little Rock. She also performs with a chamber ensemble, Trio di Velluto, which performed at the 2019 ITEC and IWBC conferences and recently completed a tour of Michigan.

In her position at Henderson State University, Dr. Lipton teaches applied trombone, euphonium, and tuba. Many of her alumni are now successful music educators throughout Texas and Arkansas. Under her direction, the HSU Tuba Choir has performed at several tuba/euphonium conferences, and the HSU Brass Band (Arkansas’ only collegiate brass band) tours twice a year. Dr. Lipton is the faculty advisor to HSU’s chapters of Sigma Alpha Iota and Tau Beta Sigma, and she is an honorary member of both organizations as well as Kappa Kappa Psi.

Dr. Lipton holds music education and euphonium performance degrees from Northwestern University and the University of North Texas, and her major influences include Rex Martin, Dr. Brian Bowman, and the late Dr. Vern Kagarice. In her free time, she enjoys travel, studying Spanish and Portuguese, watching soccer, playing with her three dogs, and attempting to be entertaining on social media. 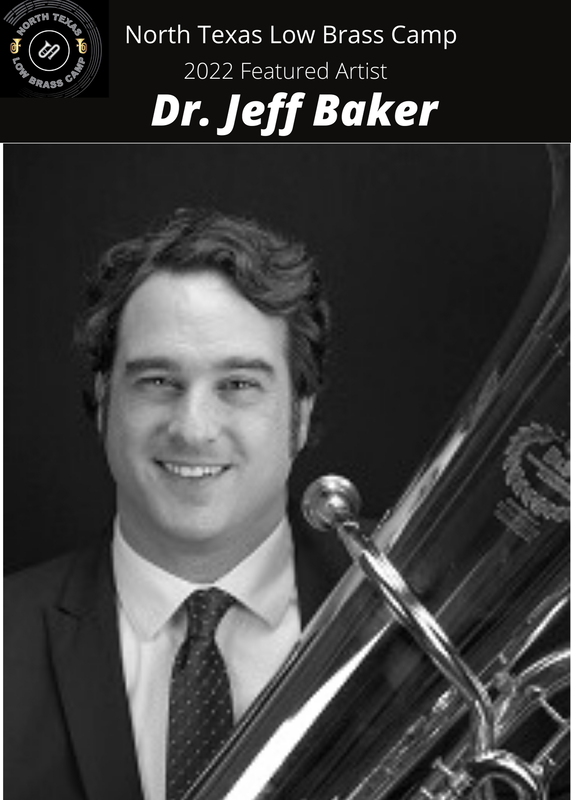 In 2018, Dr. Baker received the H.M. Lafferty Distinguished Faculty Award, the highest research honor offered by Texas A&M University-Commerce, and in 2019 he was recognized as a Global Fellow for his teaching, service, and research in South America.

Dr. Baker serves as the coordinator for the Dallas, Ft. Worth, Allen, and Commerce TUBACHRISTMAS events and is the master of ceremonies for the Denton TUBACHRISTMAS. These annual holiday concerts involve over 700 tuba and euphonium players from the North Texas area and total audience attendance numbers in the thousands. He is the creator and artistic director for the Texas Tuba Camp and a member of the Texas Music Educators Association, the International Tuba and Euphonium Association, the International Trombone Association, and Phi Mu Alpha Sinfonia.
Proudly powered by Weebly